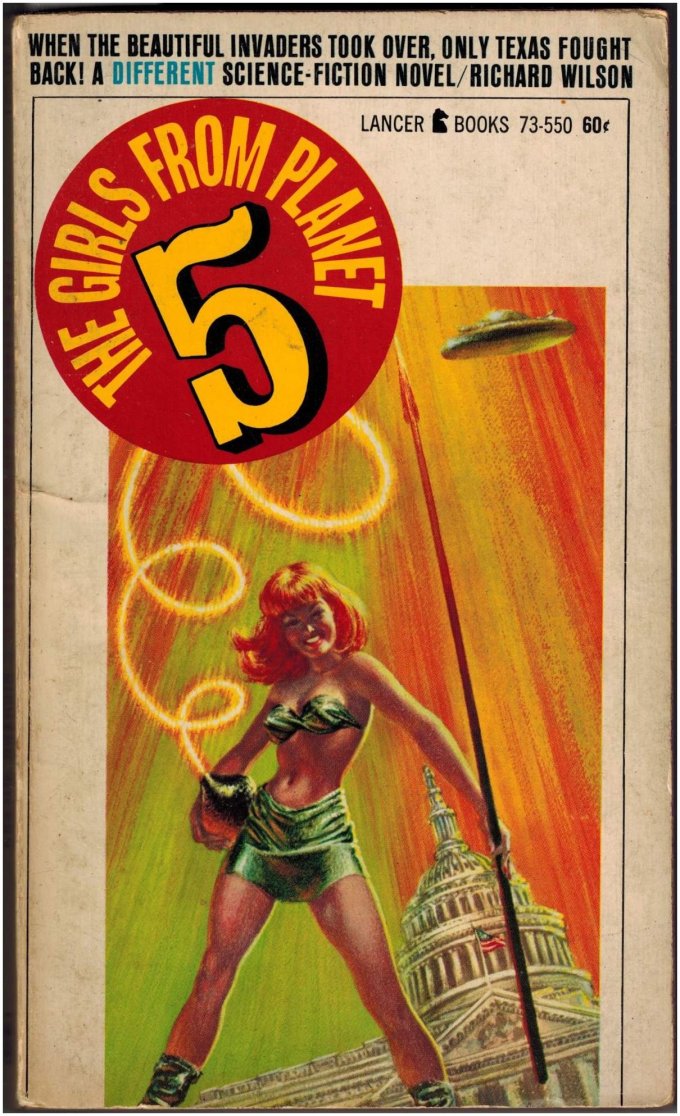 It’s 1998, and America is enjoying its first woman president. She’s been so successful at running things that women are now pretty much running everything everywhere. Even though government has improved significantly since women took charge, there is one holdout where men are still on top: Texas. In Texas, men are still men, and they’re all doing manly things like roping cattle, riding horses instead of driving cars, and complaining about the fact the rest of the country is now under the control of the women’s libbers.

And then aliens show up. The aliens happen to look like gorgeous blonde women in miniskirts, and they’re not here to conquer the world, they’re just here to visit. People seem quite taken with the pretty extraterrestrials. Everyone, that is, except the Texans. When a beautiful alien named Lyru crash lands in Texas, it’s up to one reporter to find out why the intergalactic equivalent of the Swedish Bikini Team have really decided to drop by our planet. As you might expect, there is more to meets the eye when it comes to the busty space ladies.

I have to admit I read this book because I thought this was going to be the kind of sleazy trash they sold behind the counter at newsstands in disreputable parts of town. The kind of thing that Piers Anthony would write to titillate 14-year-olds. Alas, it is not nearly as salacious as I was anticipating.

It is not a bad book, though. Maybe it’s not a feminist masterpiece, but it’s a book where women run the world because they’re better at it than men are. Richard Wilson doesn’t seem entirely sold on women politicians, but he also thinks the manly men of Texas are kind of ridiculous as well. It’s an old-fashioned book, but I think modern readers would still find it amusing. Unless your favorite science fiction author is Joanna Russ, then you might not. But I got a few laughs out of it, so I can’t complain too much.